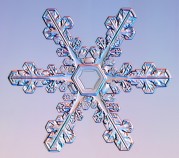 I have always loved snow. For as long as I can remember, it has been my favorite weather. There is something about the way it quiets and calms everything, requiring everyone to slow down, that intrinsically captivates me. The world just seems more peaceful with a blanket of the white stuff.

When I moved to Portland from Madison 17 years ago and people said “Oh, you’ll love how much more mild the winters are”, I thought to myself, “I highly doubt that!”. I would trade our buckets of rain for piles of snow in a heartbeat. Sadly, we saw just a single day of light frozen precipitation this past season and the arrival of warmer temperatures heralds the end of winter in this area. As I reflected on the topic I wanted to write about – how individuals emerging from the same family can turn out to be rather different – the idea of no 2 snowflakes being exactly the same came to mind (though I wish I’d posted earlier in the year, when the reference would have been more appropriate!).

Completely invisible to the human eye, access to the incredibly unique detail of individual snowflakes is only apparent through the wonders of technology. With the advent of macrophotography, such as that displayed above in the work of Alexey Kljatov, the remarkable intricacy of their formations becomes illuminated. If you read a bit about this phenomenon, you discover that scientists attribute the individual patterns of snowflakes (or more properly, snow crystals) to variable features present in the atmosphere as they form.

Changes in humidity and temperature cause the crystalline structures to “grow” in different fashions, resulting in columns, blocks, and plates with smaller or larger dendrite extensions. In an interesting PBS article (http://www.pbs.org/newshour/rundown/the-science-of-snowflakes/), a physicist explains that even the individual dendritic arms on a single crystal differ, because as they get blown around on their way to the ground, the individual corners of the snowflake experience slightly different environments. I could not ask for a better segue to my topic!

When we think about children growing up in a family, we may tend to imagine they experience very similar circumstances: shared genetic material, similar life events, the same socioeconomic and cultural environment, and the same parents. To some extent, this is true. Biological siblings share half their DNA and oftentimes do encounter significant life events together: residential moves, parental divorce or remarriage, a change in a parent’s career path, the loss of a loved one. Still, it is important to note their individual personalities and developmental phase (infant, toddler, preschooler, school-age, adolescent) shape the ways in which they experience these unfoldings. Their cultural experience and the norms they learn as a result are likely more similar than not. And barring estrangement from, abandonment by, or the death of a parent, children generally grow up with the same adult caregivers. But having the same parent or parents is not the same thing as being parented in the same way.

At the micro-level of interactions, the place where the nature of the parent-child dynamic gets built and maintained, we may see differences, subtle or vast, in the quality of the bond that shapes who children become.

Because each child is unique, the responses each solicits from adults is as well. Children that come into the world with easy dispositions or temperaments – smiling often, adapting to change readily, establishing predictable routines – tend to elicit responses quite different from children with more sensitive inclinations –  those prone to fussing or crying, not easily soothed, and inclined to more intense reactions to changed environments. The latter demand more effort and creativity in caregiving; by extension, they can leave their caregivers feeling far less effective and frustrated. If siblings are born with different temperaments, the initial interactional cycle they start to build with a parent is likely to reflect those differences, and thus, their developmental pathways start off on different foundations. Moreover, the ways in which a parent perceives each child and engages with her or him is shaped by his or her own way of being, as well as the moment-in-time environmental influences in which the parent-child relationship gets built.

For example, in my family, I was born while my father was in basic training with The National Guard and my mother was living with her parents. About 6 years before my birth, my mom gave up a daughter for adoption; pregnant by her then-boyfriend (not my dad) and unmarried, her beau dropped out of sight and it became apparent she’d be a single mother. Perhaps not surprisingly for the era, she was encouraged by her family to pursue adoption, a common occurrence for unwed middle-class young women in the early 1960’s.

By all accounts, my mom carried this loss, interwoven with shame and guilt, for the rest of her life. Thus, it isn’t hard to imagine how my arrival would have tapped into her residual grief, alongside the normative angst that comes with first-time parenting. I don’t know exactly how this shaped her foundational experiences with me, but I know it could not have been insignificant, particularly as she navigated those initial months without my dad but in the presence of my grandparents.

By contrast, when my brother arrived 3 years later, my parents were together, living in our first home, and my dad was busily engaged as a new attorney in a growing downtown law firm. In addition to having more time to process the adoption and some seasoning under her belt as a mom, she was now parenting a boy who may have been less likely to trigger her earlier loss. Moreover, where my lifelong temperament suggests I was a sensitive baby, my brother was likely less so. Adding all of this together, it becomes easier to see how the formative period of relationship we each established with our mom would be unique to our individual interactional dynamic with her. So, too, with our dad. And this is true for all parents and children.

Each parent-child relationship is imprinted with the unique constellation of variables at play between and around those 2 individuals, and these patterns generally persist, absent external intervention that serves to alter them. With the exception of identical twins, who share all of their genetic material and are thus more likely to elicit similar responses from the environment, children form distinct relational patterns with parents, and like the arms of the individual snowflakes, the differences in their immediate environments enable them to become distinct individuals.

Why does any of this matter? In my mind, it matters because the opportunity to explore environmental contributions to different developmental outcomes within families is sometimes explained away with the phrase, “but they were parented the same”. But as we’ve seen above, this simply isn’t true. And as a result, differences emerge. Maybe one child develops behavioral difficulties while the other is well-regulated. Maybe one child develops anxiety or depression while the other tends to be calm and happy. Maybe one child makes friends easily while the other shies away from social contact. All of these differences are shaped (not wholly caused) by different parent-child relationships, but if we aren’t willing to explore these dynamics, we run the risk of dismissing an incredibly rich avenue for intervention and change.

It’s important to note that different parenting doesn’t mean differences in love. And it may be most important to note parenting differences within the same family are usually borne of processes outside conscious awareness. Parents don’t set out to interact with their children differently, but the nature of the way relationships work make it so. If we are open to unpacking the distinct features that set a parent-child relationship on its unique path, we may be able to celebrate all its achievements and offer help when it falters.

2 comments on “No Two are Exactly Alike”